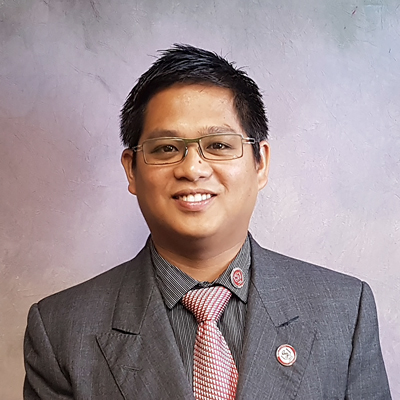 Being a Bible College student, Pastor Sylvester never thought that he would spend a lot of years in the Bible School. In 2012, it was the start of a big turning point in his life. It was his last year in the Bible College when he received a call from his mom letting him know that he was petitioned to reside in Canada, but he must continue his studies until their petition is granted. He spent 8 years in Bible College earning his Bachelor in Religious Education and Bachelor in Theology, and nearly finishing his Masters in Ministry. He started asking himself "What's the use of all the years of study?" Little did he know that God was preparing him to handle a big task.

In January 2016, his petition to be a permanent resident in Canada was granted. This was a big leap of faith for him because for all of his life he grew up in a Filipino culture and had no idea what God wanted him to do in Canada. So he joined Grace Baptist Church and began to serve God in different ways, including teaching and singing in the choir.

In June of 2017, God answered the question he had when he asked "What's the use of all the years of study?" He received a call from Pastor White asking if he would be interested in being the Vice President of British Columbia Baptist College. He accepted the call and is currently serving the Lord full-time in the College.